Soothe Your Nerves with Passionflower

Passionflower is a relaxing herb that is native to Arkansas and other southeastern states. It is a close relative of passion fruit, but that species doesn’t have the calming action of passionflower. Even though the plant is named passionflower, we actually use the leaves of this vine before it flowers. One of the most common uses of passionflower is to ease mild cases of anxiety. Some even use it for depression associated with obsessive-compulsive tendencies or circular thinking. It is also used for insomnia, especially when the sleep issues are related to worry or overwork and exhaustion. Passionflower may also increase the quality of sleep.
The key to using passionflower is that it works best for symptoms where there is either restlessness or nerve irritation at the root of the problem. It mildly eases pain, especially nerve pain. Passionflower can also help relax muscle spasms. It has even been shown in studies to reduce the tendency for seizures. Other studies have shown the use of passionflower to ease mental symptoms associated with drug withdrawal, including nicotine and alcohol. Passionflower has also been used for heart palpitations that are related to nervousness. 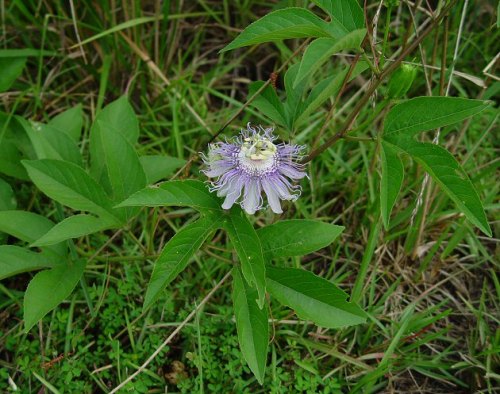 Though the holidays are a time of joy for many, they can be trying for some. The combination of shorter days and holiday stress can contribute to winter blahs, more technically known as seasonal affective disorder. St. John’s wort is one of the most popular herbs for mild depression, and it can also be a good choice for seasonal affective disorder. St. John’s wort has multiple actions on the brain. It increases the activity of serotonin, one of the main neurotransmitters associated with contentment. St. John’s wort additionally improves the availability of norepinephrine, a neurotransmitter that helps us feel alert and energized. Finally, St. John’s wort may reduce the production of cortisol, the stress hormone that is linked to some types of depression. Because of these amazing actions, many studies have shown St. John’s wort to be nearly as affective as some of the most common anti-depressant medications for mild to moderate depression.