Many people consider willow bark to be an herbal aspirin substitute. This is true for many of its actions, but there are some differences that are important to know about. The main commonality is that willow bark has analgesic and inflammation modulating effects that make it useful for pain. Willow bark is used for headaches and body pain. Studies have even shown it to be helpful for low back pain and osteoarthritis. Willow bark also can be a good choice when dealing with influenza. Willow bark shares aspirin’s ability to help reduce fevers. It can also reduce the body pain and headache associated with the flu.

Aspirin was not originally created from willow bark, but it could have been. Aspirin was derived from meadowsweet, a plant that contains salicylates just like willow bark does. Aspirin is acetylsalicylic acid, and the addition of this acetyl group gives aspirin its blood thinning capacity. Unlike aspirin, willow bark does not reduce the stickiness of platelets or thin the blood. Otherwise, they are very similar in their actions, but willow bark is less likely to irritate the stomach compared to aspirin. The liver activates the compounds in willow bark after they have been absorbed into the blood stream, so they are not present in the gastrointestinal tract to cause irritation. Because of this activation step, willow bark doesn’t work as quickly as aspirin. But once converted to the active form, it can be effective for several hours.

P.S. There is a connection between the last 15 herbs I have blogged about recently (except the posting on Medicinal Kitchen Spices). Extra credit to anyone who can tell me what it is. 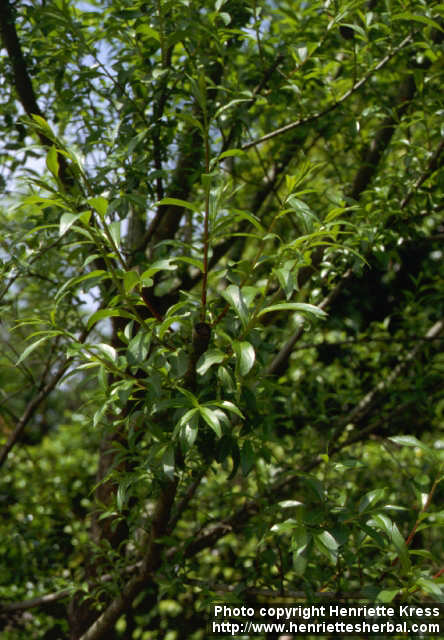 Laurell Matthews, ND is a naturopathic doctor with a passion for helping people understand how to be healthier using dietary and lifestyle changes along with other natural medicine modalities like botanical medicine. View more posts