Build a Better Brain with the Mineral Lithium

No, I am not crazy (or no more so than the average person), but you might describe me as very excited by the potential brain benefits of lithium. While lithium is most famous for its use in large doses for bipolar disorders, lower doses can have an impressive array of benefits for mood and long-term brain health. Lithium is a mineral just like potassium or magnesium and can be taken in doses of 5-20 mg per day. With these lower doses, there is not the concern about toxic side effects as with the prescription doses.

I first became interested in lithium because of its ability to help prevent Alzheimer’s disease and possibly other types of dementia. Lithium appears to protect against Alzheimer’s in at least three ways. It may help protect the brain against aluminum, which could be implicated in the development of Alzheimer’s. Lithium also may protect the brain against damage from excitotoxins, compounds that in excess can induce nerve damage. Monosodium glutamate is one of the best-known excitotoxins. Studies have indicated that lithium may inhibit the build up of beta-amyloid and tau proteins, the main components of the plaques and tangles that form in the brain with Alzheimer’s disease.

Even if you are not particularly at risk for developing Alzheimer’s disease, lithium may improve brain function. Lithium plays important roles in communication between cells in the brain, which is the basis of how we think and feel. It is well known that the brain tends to shrink as we age, but one small study actually showed that this mineral increased brain grey matter. Lithium might also protect the brain from numerous damaging compounds by increasing bcl-2, a protein that may improve the survival of brain cells even possibly from damage cause by a stroke. Because of these benefits, one group of researchers recommended that anyone taking medication for mood or seizure also take lithium to help protect against toxic medication side effects.

Finally, lithium can improve moodiness and irritability. Lithium influences serotonin pathways, and numerous people have noted that it has helped them feel calmer and less angry without feeling sedated. For alcoholics, lithium has been shown to reduce alcohol cravings and improve mood. These benefits combined with the potential brain protecting attributes makes lithium a mineral that could benefit many people. 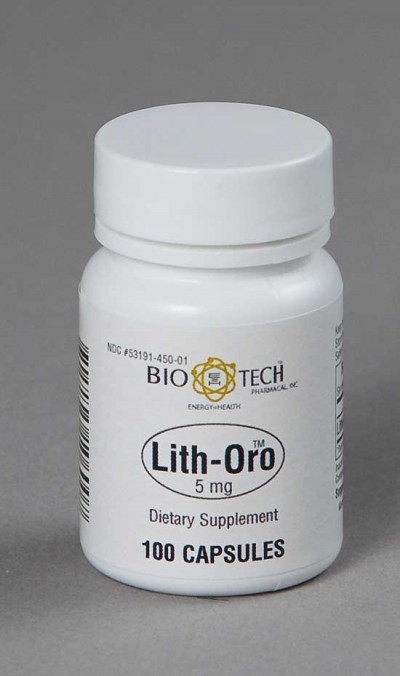 11 responses to “Build a Better Brain with the Mineral Lithium”