My mom is gluten sensitive so I knew I had at least a 50% chance of having the genes that can predispose one to gluten issues. I had experimented with going gluten free before and hadn’t found gluten to be a problem for me. Since these issues can manifest as we get older, I still was paying attention in case I developed a sensitivity later. Recently, I did notice digestive discomfort and bloating after I ate meals with lots of wheat in them.

So now I am going to be gluten free for 2 weeks. At the end of the two weeks, I am going to do a gluten challenge where I will eat a normal serving of wheat with all three meals on one day. This is a step that a lot of people skip. It helps us know how big of a deal it is for us to eat wheat or gluten. Without this step, I see people often slowing adding gluten back to their diets and not knowing whether to associate it with the symptoms they are having.

I don’t believe that everyone needs to go on a gluten free diet, but foods high in gluten are over consumed in America. This is partially due to the convenience of burger buns and wheat tortillas for making inexpensive foods for on the go. But overconsumption of wheat and other high gluten foods might be contributing to health issues in all people. Dr. Perlmutter claims that all grains in high amounts are bad for our brains. Another research found that gluten may cause some degree of leaky gut in all people. Again this doesn’t mean that everyone needs to be gluten free. I would like to see follow up research done on this new idea, and even if this theory is correct, we can rely less on wheat in our diets, but don’t have to eliminate it entirely necessarily unless it is a real problem for us. 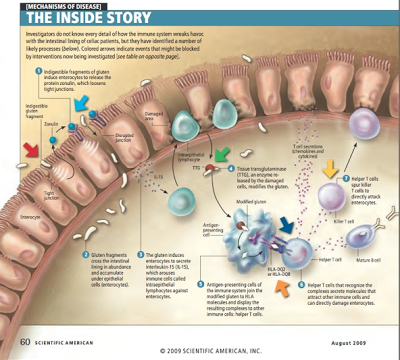 Gluten is a protein in wheat made up of smaller molecules called gliadin. Gluten is primarily useful for making bread since its stretchy nature allows bread to rise. When it comes to quick breads like pancakes, muffins, cornbread, and cookies, other flours can be easily substituted like the Bob’s Red Mill Gluten Free All Purpose Baking Flour. Your pancakes might not hold together quite as well, but they will often be lighter and fluffier. There are of course some tricks to learn about gluten free cooking such as coconut flour cannot be substituted in a one-to-one fashion for wheat flour. You use ¼ cup coconut flour for every cup of flour and add extra eggs to the recipe. I find the best success from using a mixture of gluten free flours. For instance, if I make pancakes with the Bob’s Red Mill Gluten Free flour, I also add cornmeal and flaxmeal to give it a more whole grain texture.

Overall, I am not eating very many of these substitute foods. Mostly I am eating foods that have always been gluten free such as vegetables, meat, quinoa, beans, nuts, etc. But here are a few of my favorite substitute products for when I want something that would normally have wheat in it:

Against The Grain Pizza (and everything else they make)

If get accidentally glutened or want to cheat on rare occasion, try the GlutenEase enzyme from Enzymedica.