Since everything works together in our bodies, it is hard to say which organs are the most important for detoxification. However, the liver is clearly one of the most crucial players in clearing harmful substances from the body, because it has the highest concentration of detoxification enzymes. People like me who tend to have skin issues often have livers that don’t work optimally. I probably inherited some genetic variations that make my liver not quite as effective at neutralizing toxins. I often see this in my patients with multiple chemical sensitivities or just higher toxic burdens that makes sense from their known exposures. Sometimes medications can inhibit liver activity. Other people have increased exposure to harmful chemicals whether through their homes or jobs. I particularly worry about people in occupations like hairdresser, carpenter, and welder, just to name a few. My last blog emphasized the importance of making sure the bowels and kidneys are working optimally, which is a crucial step before you activate the liver’s detox abilities.

Once the kidneys and bowels are efficiently carrying toxins and waste out of the body, stimulate the livers capacity to neutralize toxins using herbs and nutrients. The liver detoxifies harmful compounds in a two-phase process, which is enhanced by supplements such as high quality multivitamins, whey protein, milk thistle, and N-acetyl cysteine. Phosphatidylcholine is another supplement with this effect while additionally helping to dislodge toxins from our cell membranes. Phosphatidylcholine also encourages the flow of bile in the liver to help move toxins from the liver to the bowels for final elimination. Other herbs that stimulate the production and flow of bile in the liver are milk thistle, alfalfa, and Oregon grape root. 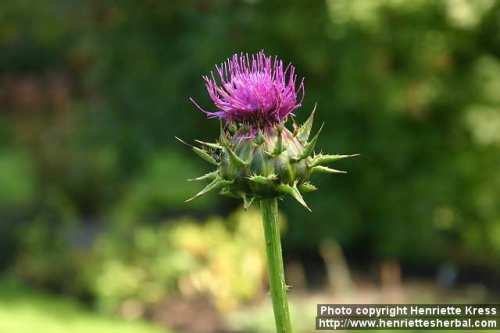 As I mentioned in my first blog in this series on diet to aid detoxification, certain foods give the liver an additional boost. Seasonings such as caraway, dill seeds, and lemon and lime peel are some of the most amazing liver activators since they turn on both phases of liver detoxification. Artichokes and turmeric are both liver protectors that also increase bile flow. Cruciferous vegetables like cabbage cauliflower, broccoli, and Brussels sprouts activate the phase I of liver detox while also helping us neutralize our hormones more effectively. Raspberries, strawberries, cranberries, walnuts and pecans stimulate the second phase of liver detoxification, which is often the most important phase to activate.

As all naturopathic doctors are taught, if normal interventions aren’t working adequately to restore health, treat the liver. When we remove toxins from the body, our natural healing mechanisms can start to work more effectively. So love you liver and live healthier.

We are lucky to have many wonderful local supplement companies in Fayetteville, but there is one local company that is making a product that is probably new to many of you: ozonated olive oil. Ozone is the special form of oxygen found in the upper atmosphere that we rely on to protect our planet from harmful radiation. Ozone is also a pollutant found in our cities. It turns out that ozone can also be used on our skin to protect it and speed healing. Ozonated oils are made by bubbling ozone through oil until the oil becomes thick like a salve. These oils make turn a harsh gas into something that is safe to use on the skin because the ozone chemically reacts with the oil to make tamer ozonated derivatives.

Several studies have demonstrated how ozonated oils can speed the healing of wounds. When compared to plain olive oil applied topically, wounds treated with ozonated olive oil showed smaller wound size at five days and increased density of collagen fibers, the tissues that help keep our skin strong. The researchers explained that this faster healing was due to the increase of growth factors in the skin that supported tissue repair. Other researchers discuss the use of ozonated oils as a disinfectant and oxygen donor to the skin. They mention the use of ozonated olive oil for wounds and also burns and skin reactions to radiotherapy. Popularly, ozonated olive oil is also used for diaper rash, eczema, ringworm, shingles, and acne. I have personally found ozonated olive oil to be the best treatment to neutralize chigger bites. Usually, I only have to apply it one time to the bites and they no longer itch.

To learn more about our locally made ozonated oils, check our www.purO3.com and consider adding ozonated olive oil to your summertime first aid kit.